To banish evil, a colorful bunch of characters drawn from history and literature team up and battle overwhelming hordes of monsters and gargantuan creatures, straight out of myths and folklore. With its unique artistic identity and quirky narrative mixing nonsense comedy and epic grandeur, Bookbound Brigade gives a new twist to classic stories and well known characters, setting them in grotesque situations and unusual contexts.

Bookbound Brigade is a platform adventure game with 2D side scrolling graphics (METROIDVANIA). Its gameplay focuses on frantic action combat and strategic use of brigade skills and formations to tackle tricky environments and deadly enemies. Players are in charge of a team of amazing characters who move and fight as one, which grants them complete control over a cohesive ensemble. 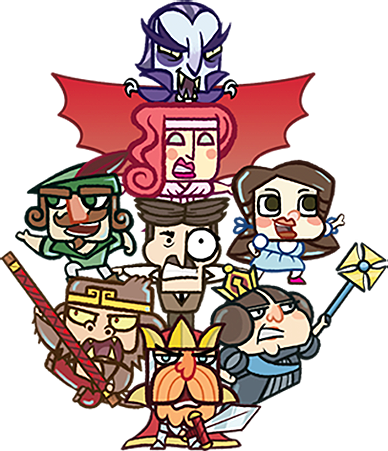