The 8 Brigade members move and fight in formations,
engage multiple targets at a time and support one another.

Each of them is unique and unlocks skills and moves you can use to beat the game. You will be exploring Bookbound Brigade’s world to master the skills of all the Brigade members. You may be forced to unlock a special skill and return to a previously visited location in order to access new areas, advance the story or complete the quests.

Progressing through the game, you will unlock 16 special skills and 32 bonusesaffecting the Brigade’s stats and allowing it to access new areas and face more and more challenging opponents. 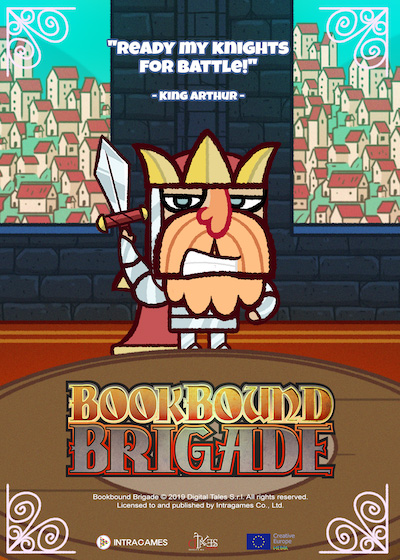 The once and future King of England. A noble and brave warrior who ruled fairly from the magnificent Camelot castle. Guided by Merlin the wizard and always with his sword Excalibur in hand.

Arth’s no longer his noble self. He used to be old and wise, but now he’s just old and confused. He’s still got some fight in him but he’d rather be battling for a nice cup of tea than a noble crusade. 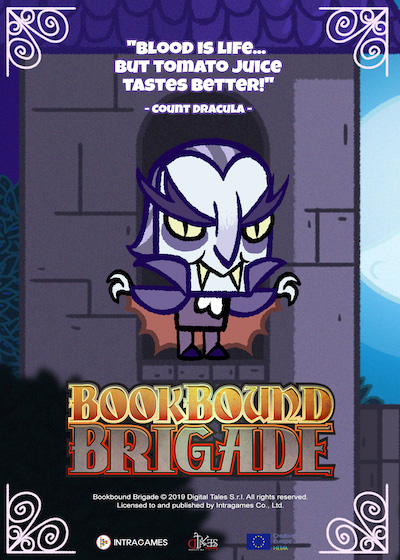 The fabled and feared prince of darkness. A blood sucking vampire created by Bram Stoker in his 1897 novel. Dracula was cold, menacing and terrifying. He could change into a bat or a dog to escape his pursuers.

Drac’s given up on his pointy toothed, bad lad ways. He’s now a vegetarian and drinks tomato juice instead of blood. A very nice and gentle chap. 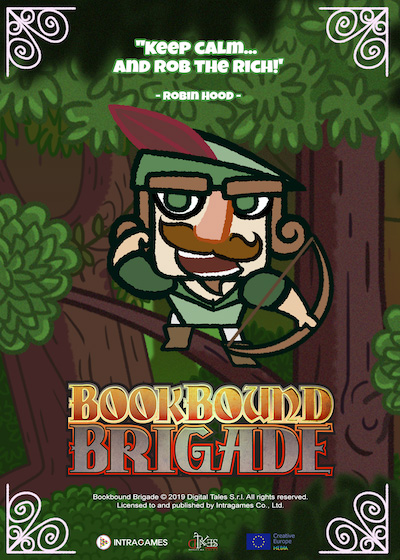 The prince of thieves. Robin once hid in Sherwood Forrest with his band of merry men. They would steal from the rich and give it to the poor. Robin stood up for the little man as an honourable outlaw.

Rob’s lost his anti-hero mojo. Now he robs from the rich and keeps it. Like King Arthur, we’re hoping finding B.O.B. pages will relight his fire for justice. 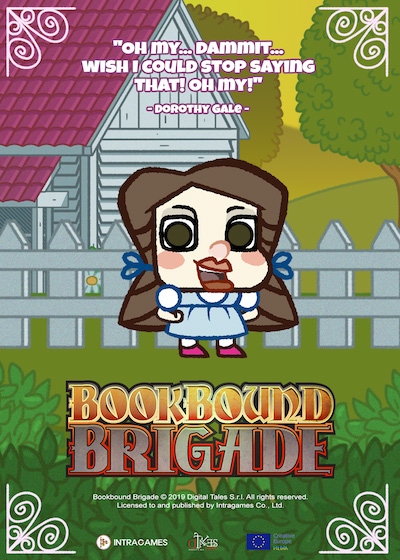 The central character from L.Frank Baum’s hugely popular novel The Wonderful Wizard Of Oz. Dorothy was transported to Oz where, although initially frightened, had a ‘hero’s journey’ adventure.

Dot is now one of those MTV generation punk-ass-brats, all streetwise and deliberately dumb. Or at least would like to be. She’s desperate to shake off her small-town-girl image, but can’t quite do it. 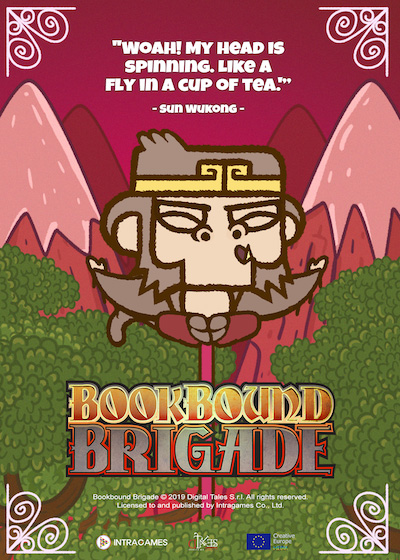 From the fabled book Journey To The West published in China in the 16th century. Sun, also known as Monkey, was born of stone on a mountain top gifted with great powers.

A loony! He has copious amounts of mindless, directionless energy and his wise words of wisdom are madder than he is. They don’t even make sense! 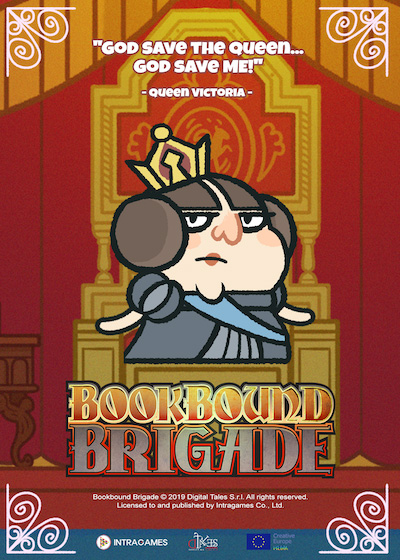 Queen Victoria was the head of the British Empire for over 60 years. She was proud and regal and adored by her people for her calm and ladylike personality.

Vic’s no longer posh, she likes nothing better than a good punch up. Intel heard she called Samson a ‘long haired twit’ and slapped him, just for looking at her wrongly! 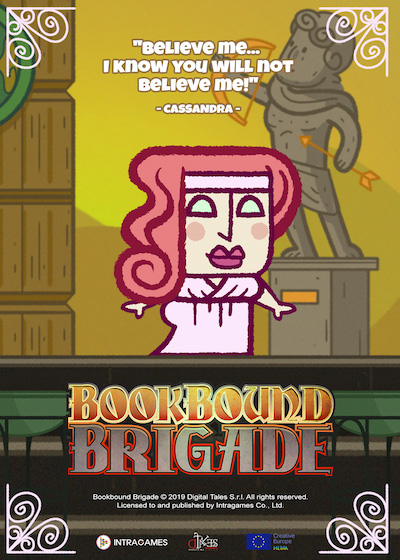 From Greek mythology. Cassandra was given the gift of prophecy by the god Apollo. But, he was a bit of a creep who then cursed her never to be believed. This made her extremely angry.

Cass used to speak with cold confidence, even if no one believed her, but now she’s sarcastic and bitchy like a 13 year old girl. Worse thing for her is no one believes her sarky put downs either. 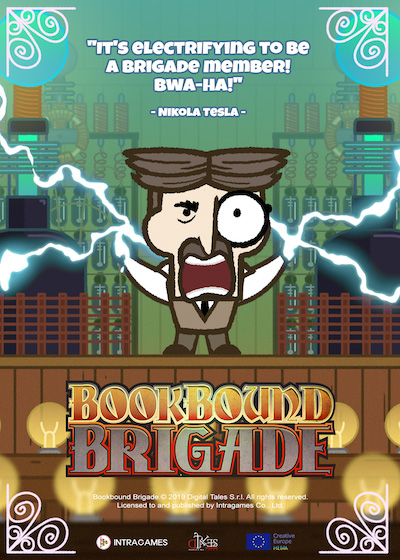 An electrical engineer years ahead of his time. He helped create the alternating current and worked on projects like a machine that could photograph thoughts and an awesome death ray.

Nik’s still a genius. It’s his new annoying electric-one-liners like ‘The enemy may find this shocking’ that are getting on people’s nerves.

The Brigade members can be arranged in 4 different formations, each with their own set of skills and stats affecting the Brigade’s behavior. Players can SWITCH FORMATIONS on the fly by pressing a simple button combination.

The best way to avoid closely spaced vertical obstacles or to reach higher platforms. The Brigade gains increased defense, but its speed and attack decrease. 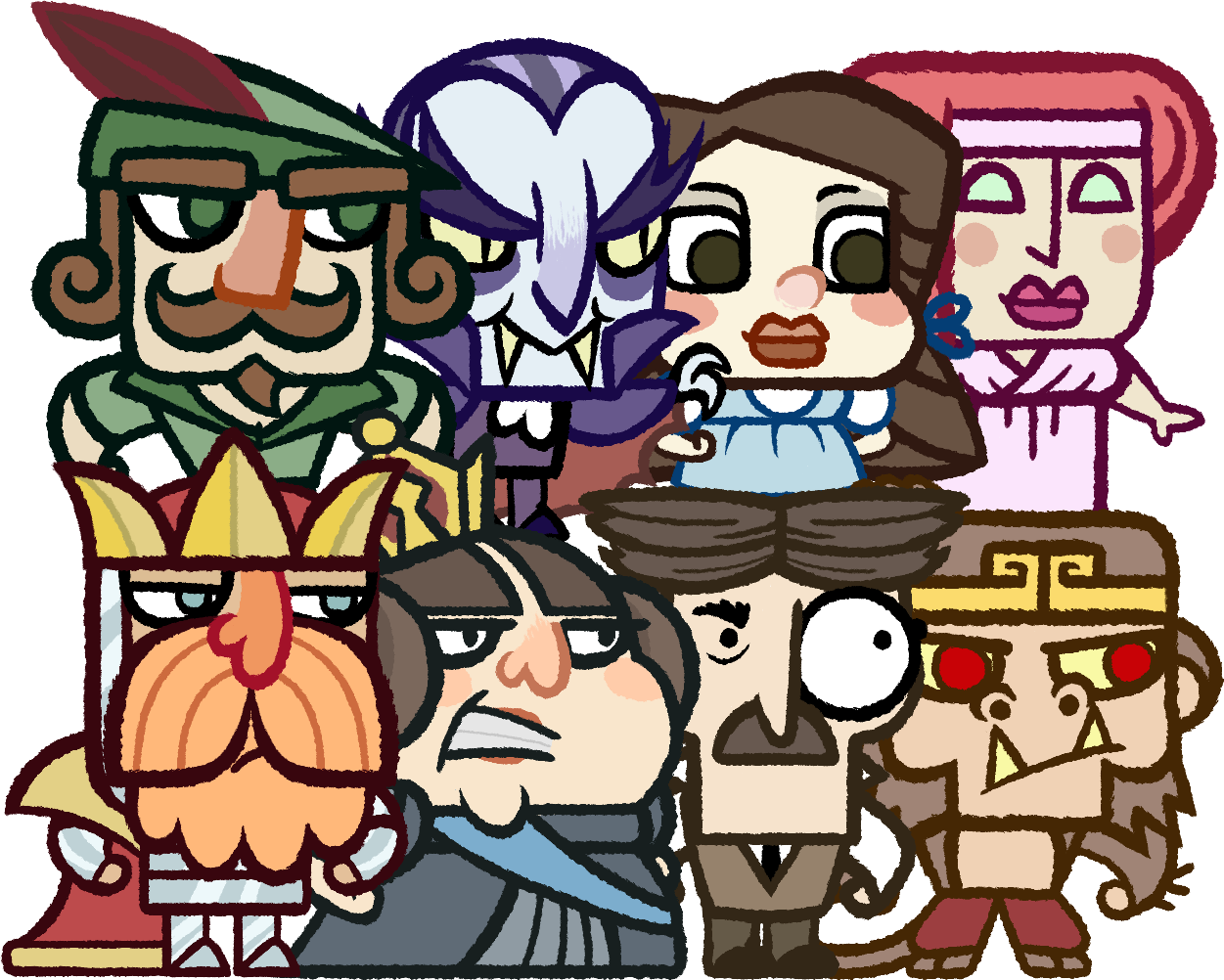 The most balanced formation available to players and the one they get back to anytime the Brigade is hit.

The ideal choice to go through narrow passages, such as tunnels, or avoid projectiles The Brigade gains increased speed and attack, but its defense decreases.

Good to move very fast through a stage and eventually roll over enemies, although normal moves cannot be used while in this formation.